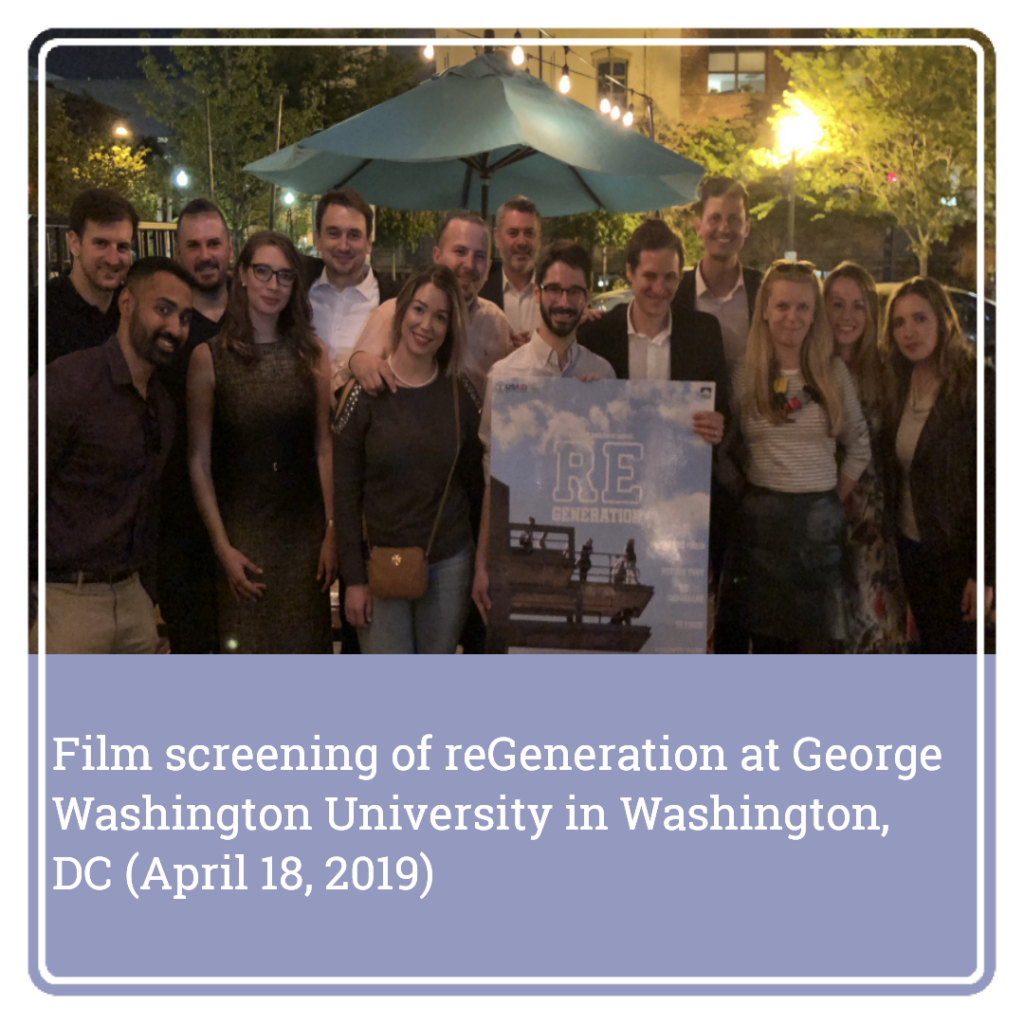 On April 18th, 2019, film screening of the documentary, reGeneration, was held at George Washington University (GW). The event was co-sponsored by the International Republican Institute and GW’s Institute for European Russian and Eurasian Studies.  Three of IMBiH’s Board of Directors, Negra Husikic, Benjamin Tikvina, and Sarah Wagner, helped to organize and promote the event.

ReGeneration poses a direct but complicated question: Almost 25 years after war and genocide shattered Bosnia and Herzegovina, can the country’s youth show the way to reconciliation, peace, and prosperity? It follows ten “reconciliation ambassadors” (Serb, Croat, and Bosniak) as they come to terms with their past and envision their future. Embarking on a journey to hear the stories of their elders and peers—war veterans, survivors, politicians, journalists, religious leaders, and community activists—they seek to forge hope out of tragedy.