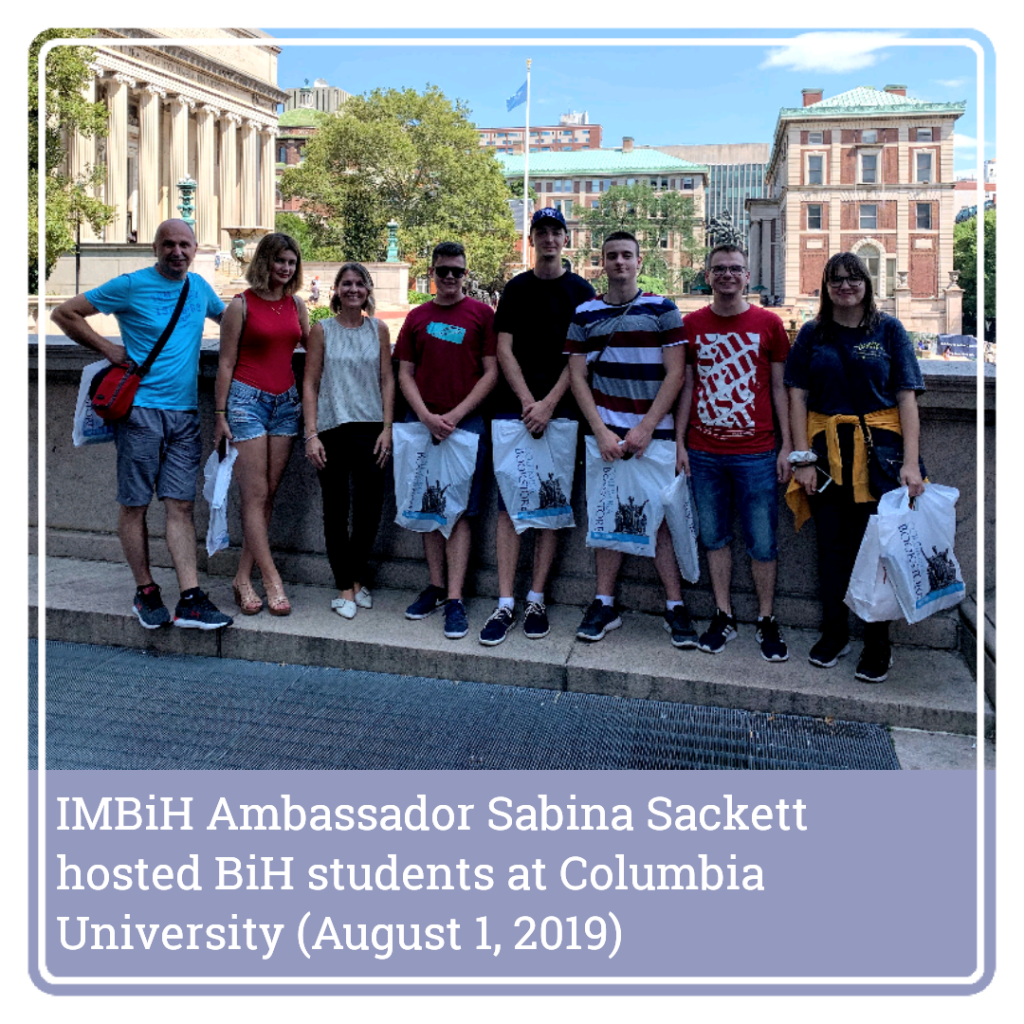 The three students from Tuzla competed in the same competition last year in Orlando, Florida when Sead Smailagic won the bronze award. This year, Tarik Dzambic also won the bronze, bringing another medal to Bosnia and Herzegovina.

The students had the opportunity to go on a tour of Columbia University and see the famous Havemeyer 309 room where Malcolm X, Spiderman and Ghostbusters were filmed. They also visited the School of Engineering, Chemistry labs as well as the Butler Library.

IMBiH congratulates all the students for their accomplishments this and last year and hope to see them come back to the US for more medals.