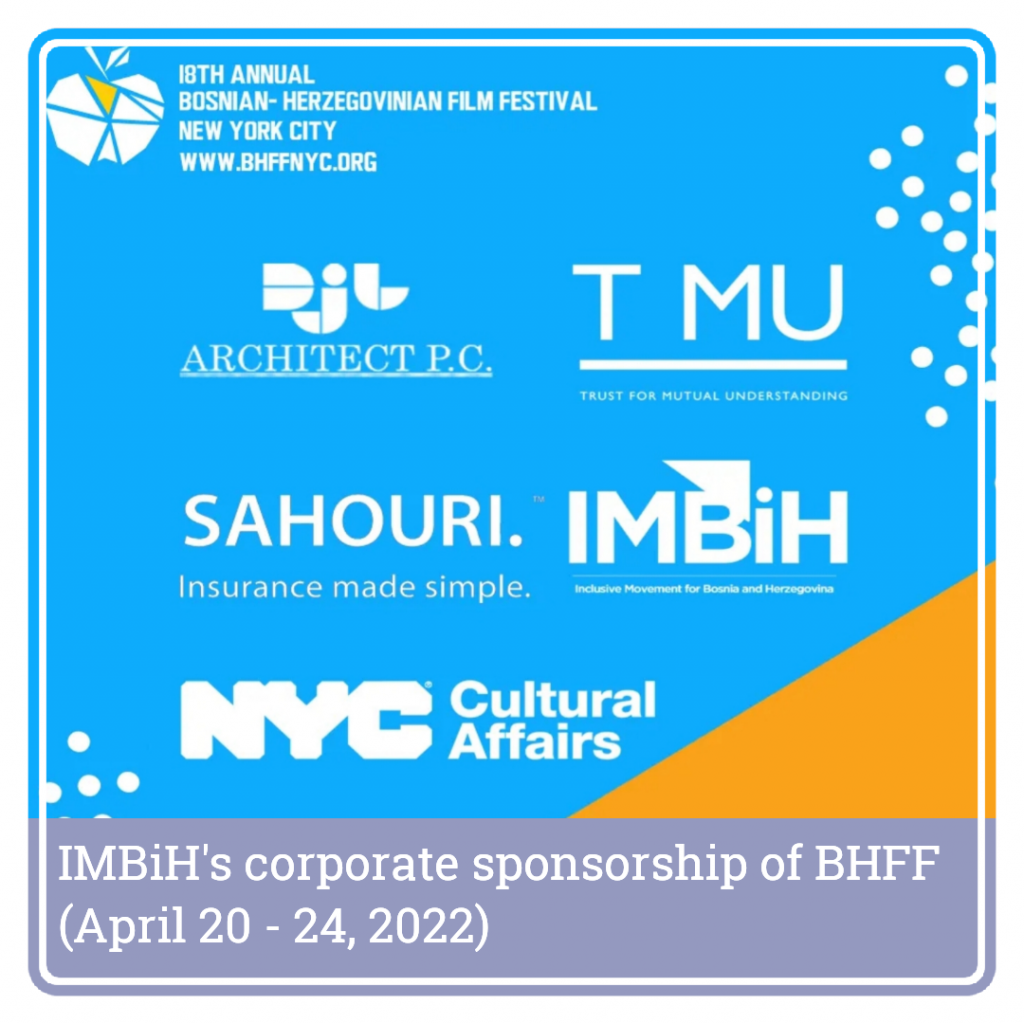 IMBiH is excited to announce corporate sponsorship of this year’s Bosnian-Herzegovinian Film Festival (BHFF), which takes place in New York City from April 20 – 24, 2022.

For the past 18 years, BHFF has been showcasing contemporary Bosnian-Herzegovinian cinematography and films. According to BHFF’s website, “over the years it has grown from a simple film revue event to a New York City institution; its audience includes people with Bosnian heritage, people from other Balkan expatriate communities, as well as a wide cross-section of all New Yorkers who cherish international and independent film productions.” For more information click here.