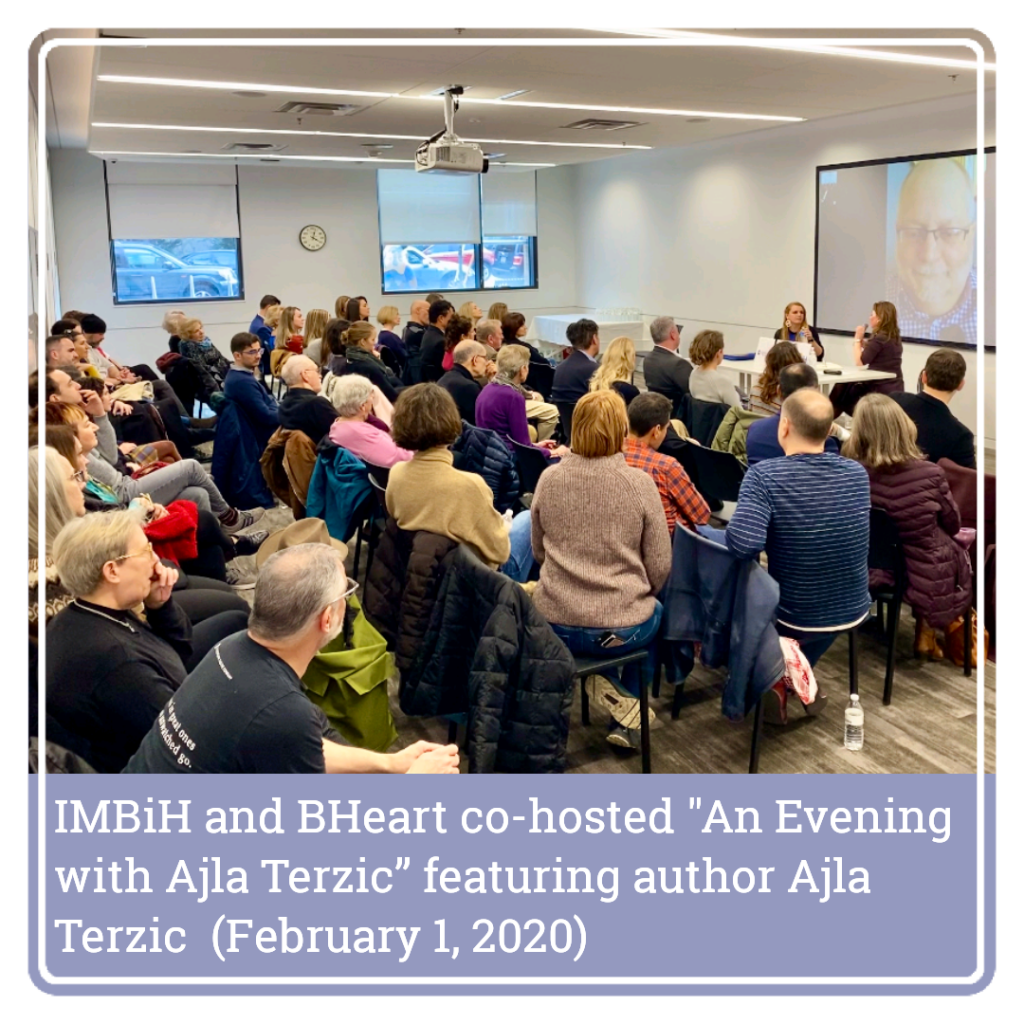 A native of Travnik, Ajla’s short stories, plays, essay and literary translations were published in some of the most relevant and influential literary magazines in Bosnia, Serbia and Croatia. She is also the author of a book of poetry (Kako teško pišem) and another novel (Lutrija). This Could Have Been a Simple Story (first published in Bosnian in 2011 and translated to English by John K. Cox in 2017) was the finalist for the Midwest Book Award in 2018. It was also awarded by the Independent Press Award as the Best Literary/Fiction book.

Among the topics of discussion during the talk, Ajla spoke about her inspiration for writing the book which details the life of a twenty-something woman and her experiences with patriarchy, societal expectations and love among a backdrop of ethnic antagonisms, economic decline and general societal pessimism in postwar Bosnia.